Add to Lightbox Download
a T-shirt of the The Daily Messenger with the front cover the the 1966 World Cup Winners England is seen on the main gates outside Boleyn Ground during the 1st half. scenes around the Boleyn Ground, Upton Park in East London as West Ham United play their last ever game at the famous ground before their move to the Olympic Stadium next season. Barclays Premier league match, West Ham Utd v Man Utd at the Boleyn Ground in London on Tuesday 10th May 2016.
pic by John Patrick Fletcher, Andrew Orchard sports photography. 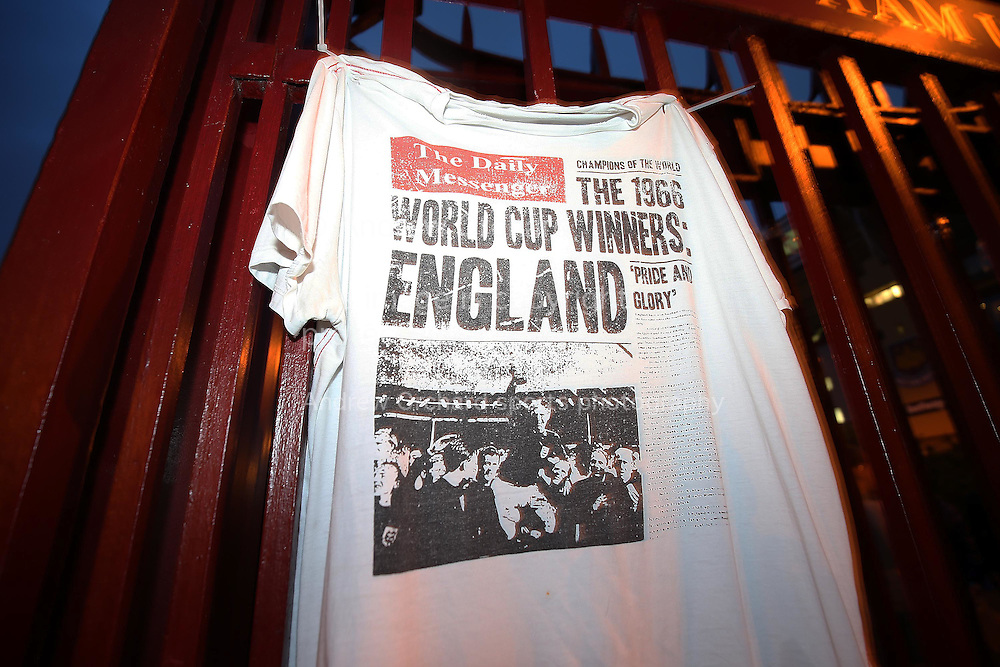